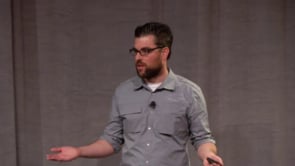 A week ago I met with a recent law grad. He was interested in a career in technology law and as a former technology lawyer, now legal technology dude, these people approach me often. This particular law grad has a great tech background, some good entrepreneurial experience, and was eager and active in soliciting my help, so I offered to introduce him to a handful of connections and former colleagues in the Seattle area.

I promptly sent an email to one firm and after about a week, I received my response from them. My friends were polite but said, “we’re really sorry but we’re just too busy to meet with this fellow.”

Initially, I was mad. Part of the reason was that I was embarrassed. I’d given this young lawyer the impression that people I reached out to would happily meet with him, that I had more pull than it turns out I did. That hurt.

Then I got philosophical. And that naturally led to Twitter. I questioned my pathological commitment to networking, ultimately concluding that it’s very important to me personally.

Then, I listened to this Building New Law podcast episode featuring Seth Godin and it all made sense.

You should listen to the whole episode. It’s fantastic. We’ll pick up two-thirds of the way in. Seth has been talking to hosts Peter and Natalie about the need for lawyers to change, to adapt to an evolving customer base and landscape. Natalie asks Seth how lawyers can begin the process of understanding the changing landscape and Seth proceeds to completely dismantle key mythologies in law from the objectively reasoned lawyer to the security of big law and the partnership model, to the billable hour. I’ve tossed in my commentary in italics.

Natalie: How can somebody who is currently a cog in a wheel making good money and not feeling the need to change, how can they develop the confidence and I guess the vision to step outside of that and move to the edge and put themselves at risk?

Seth: Many lawyers have a narrative of the work they do, that they’re somehow engineers in their pursuit of truth. That they work in facts, cold hard facts. This is nonsense, because guess what? Half of all the situations where a lawyer is in a dispute, she’s on the wrong side. Half the time the facts are not on your side. Half the time the truth is not on your side.

Dan: In some practices, the percentage of being on the wrong side is certainly higher and in many practices, I’d argue that there isn’t a right or wrong side. It may be a case of over-lawyering – legal work being done basically for its own sake.

Seth: You don’t actually work in truth and fact. What you actually do is work in stories and belief and on the fringes of magic. . . .  [M]ost lawyers . . . have . . . seduced themselves into thinking that they can give up truly independent thought and become obedient white collar workers and be really well rewarded in terms of money and status for this work that they do and that it’s not that risky.

Dan: To put words in Godin’s mouth I’d have him continue and say at the end there: “But it is risky.”

Dan: I’m going to stop you right there, Seth, because this is huge. Many of us went to law school because it was the “safe” thing to do because we were told, “get more education, join a profession, that’s the key to success in America.” Or so the story went. Many other lawyers joined big law putting up with long hours in exchange for security. Others stayed at big law enduring even longer, more grueling hours in exchange for even greater security. But Godin’s assessment is that when the landscape is changing the most dangerous thing to do is stay put and go about with business as usual. As lawyers watch technology and the internet transform sector after sector, industry after industry, profession after profession, the worst thing lawyers as a group and individual lawyers can do is nothing.

The podcast talks at much greater length about how the economy is transitioning from one of information scarcity to one of information abundance and there is much to be said about what this means for lawyers. But the key here is that it’s riskier to stay put than to move. Riskier to do nothing and keep-on-keeping-on than to break out and try something new and radical.

(Seth continues) [T]his leap . . .  is completely safe compared to handing over your future to some 64‑year‑old who’s been doing law the same way for 42 years because guess what? He doesn’t care about you. He’s just waiting to retire.

Dan: Dan Katz has talked extensively about how the partnership model dis-incentivizes long term investment in law firms but the 64-year-old partner is only one example of the tyranny of the status quo in law. Dr. Larry Richard has noted that lawyers score in the 93% percentile compared to the general population for skepticism. This resistance to new ideas manifests itself in everything from the continuing resistance to lawyer advertising despite a forty-year-old Supreme Court ruling to the contrary, to hesitation to adopt technology, to a slavish commitment to the billable hour, to fundamentally understanding how to run a business, something that law firms have always been and yet something lawyers continue to fight. Lawyers are terrified of change and Peter picks it up right there:

Peter: But they’ve gained something too by being that cog in the wheel. That’s what’s holding them, right? It’s that golden handcuffs issue. It’s that they have a house. They have a wife. They have children. They have all these things that are trying them.

Seth: Ah! I was with you until just now. They think they have all these things. They think that if they spend three hours a week intellectually engaged with something that doesn’t increase their actual billable hours they will be fired, their wife will leave them, they will lose custody of their children, and they will be ashamed for the rest of their life.

They have equated two things that aren’t equal in any way. They’re unrelated completely. They’ve catastrophized any movement toward change because they’re in this hyper-competitive mindset that says it’s the last two billable hours per week that are the secret of their success. That’s utter nonsense.

Dan: Wow. And here we bring it full circle. Start right there – at the billable hour level. “Dan, we can’t afford to take the time to meet with this guy because each billable hour spent meeting with your random dude will be one spent away from the clock.” A pretty short-sided view of the world. Not a life strategy I’d want to live by for long.

But let’s take it up another level, because of their willful ignorance of basic business principles, lawyers misunderstand marketing. Networking is fundamentally a marketing exercise. And it’s true that marketing costs money, but how much does it cost to have a young lawyer come to the office to chat for 30 minutes? Maybe the young lawyer buys coffee so it’s not as expensive. Is it so impossible to invest a few bucks in marketing with a kid who could end up making hiring decisions down the road?

Apparently, it is because most lawyers understand marketing as a spigot. Turn on marketing to get business. Turn it off when there’s enough or too much business. And that’s exactly how it played out with this particular firm that I asked to meet with this new law grad. A few months back, right after Avvo announced one of its fundraising rounds, these lawyers came to me and asked me to lunch. There they were, trying to turn on that marketing spigot. We had a very pleasant lunch– they even bought. While it was great to catch up with my friends the crux of the discussion was “Do you do any of the legal work at Avvo?” With the subtext of “because we’d like to get some of it.” Unfortunately for them, I didn’t (still don’t) but I did introduce them to our General Counsel. Not sure where that went.

Fast forward a few months and now, apparently, their marketing spigot is overflowing. “No time for marketing via networking, even if it’s less expensive than the lunch we bought you.” They told me in essence. “Too busy.”

But let’s take it up one more level because Godin isn’t talking about marketing or business specifically. He’s talking about disruption. He’s encouraging lawyers everywhere to take their eyes off the billable hour – if only for an hour or two – and figure out how a given lawyer or given law firm are going to adapt to the era of abundance. He’s encouraging lawyers to get intellectually engaged (we’ll pick this up shortly too). He’s telling them to build something unique and important in an era in which, as just one small example, the information and forms that lawyers previously hoarded and charged for are now ubiquitous. He’s talking about change at a fundamental level with a radical scope. And that change is scary. It’s needed but for a skeptical continuity-inclined business, it’s terrifying.

The wide-ranging interview continues with Godin talking about everything from new notions of Copyright to Big Law firms doing change right and wrong.

I want to hit on just two more things in the episode.

Seth: [M]aking change happen is something that lawyers are more trained to do and less likely to do than any other profession I can think about.

That’s harsh but there’s a lot of optimism in that statement too. A lot of potentials. And change-making lawyers, change-making types of lawyers, are the kind I’m bullish on.

And that’s where Godin concludes.

Seth: The work matters. Those are three words I hope you will write them down. You are not doing something trivial. Your work matters. I just want you to make it matter more.

And that’s where I want to conclude.  The greatest hope for tapping into the significant potential that Godin hints at and that I know lawyers have comes from letting go of fear. It comes from stopping just for a moment and doing something radically different. Maybe it’s small at first, joining Twitter, starting a blog, attending a seemingly random CLE, MeetUp, or community event that’s got no relation to what a lawyer does every day. But, ultimately, the decision to do so comes from caring. From believing that what you’re contributing can succeed in and, ultimately, transcend the economy of abundance.

Meet with the new law grad or don’t. At the end of the day, I’m not sure I care. But don’t double-down on the status quo out of fear. Don’t submit to the tyranny of the soon-retiring partner, or the billable hour or some crappy meaningless practice because it’s what lawyers have always done. Make a ruckus, find intellectual engagement, make a change. Why? Because your work matters. Now make it matter more.